According to a special simulation of the knockout stage by the world-famous computer game, the Blancos will successfully defend their European title

Despite the best efforts of Lionel Messi, Real Madrid will win this year’s Champions League to claim their third crown in four seasons, according to Football Manager.

In a special simulation of the knockout stage by the world-famous computer game, Zinedine Zidane’s side see off Napoli, Leicester and local rivals Atletico Madrid on their way to the final before overcoming Bayern Munich on penalties in the showpiece event at the Millennium Stadium.

Despite the Catalans’ failure to reach the final, Messi enjoys a stellar tournament. The Argentine attacker picks up the Golden Boot with 15 goals and also tops the chart for the highest average rating with an 8.12.

Unsurprisingly, the Blancos’ triumph owes much to the performances of Gareth Bale and Cristiano Ronaldo, who combine for a total of five goals, with the latter’s average match rating of 7.66 making him the pick of Madrid’s players.

Bayern’s route to the final sees them edge out Arsenal in the last 16, thrash Dortmund in the quarters and triumph over Barcelona in the semi-finals. 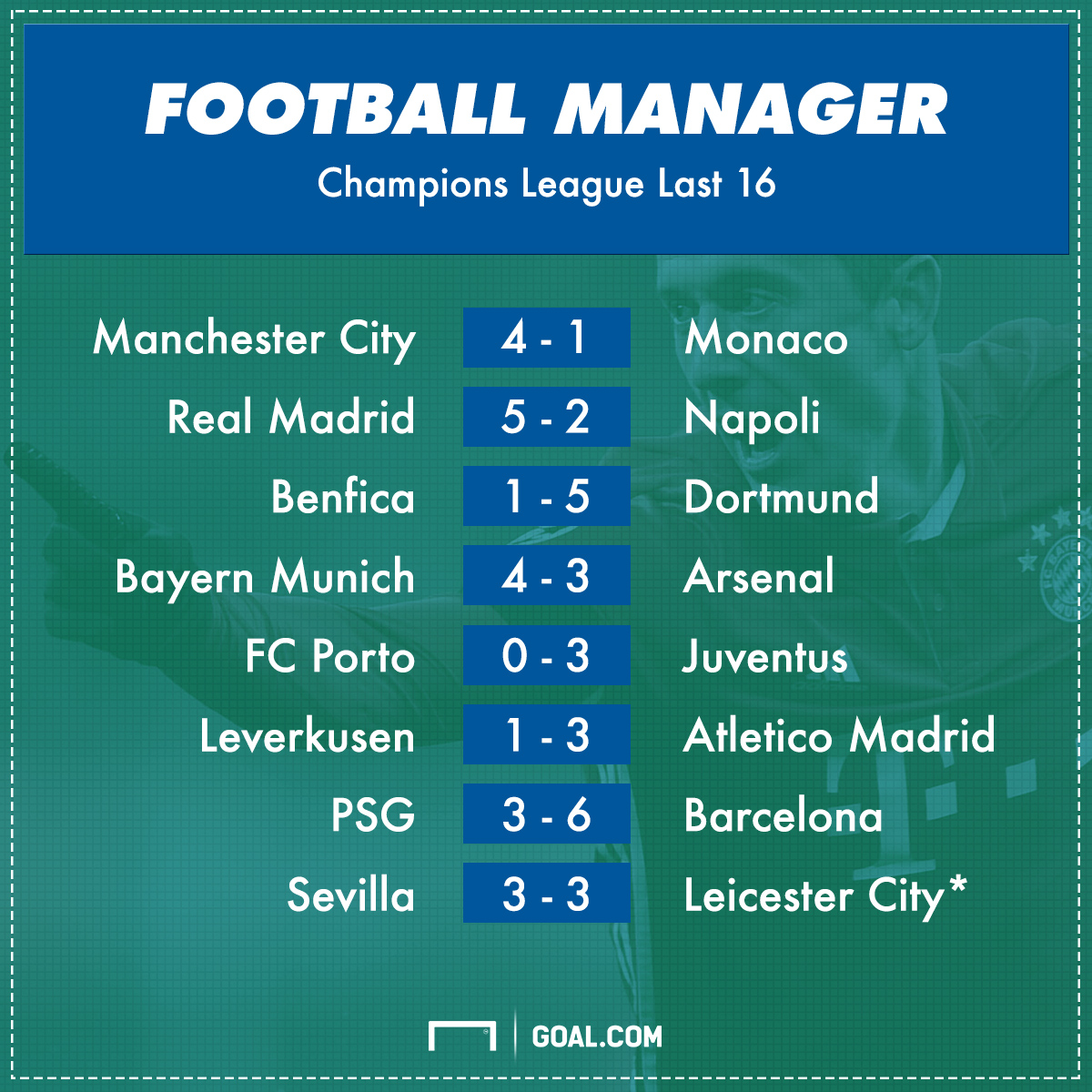 There’s more heartbreak at the hands of Bayern to come for Arsenal fans as they’re eliminated by the German side once again after a thrilling tie. A 2-1 defeat in Munich is followed by an epic contest at the Emirates where, with Arsenal leading 2-1 and the tie heading for extra-time, Robert Lewandowski heads home in the 87th minute to break The Gunners’ hearts.

There’s better news for the other English sides as Manchester City ease past Monaco and a 2-0 home win at the King Power Stadium is enough to give Leicester an away goals victory over Sevilla. 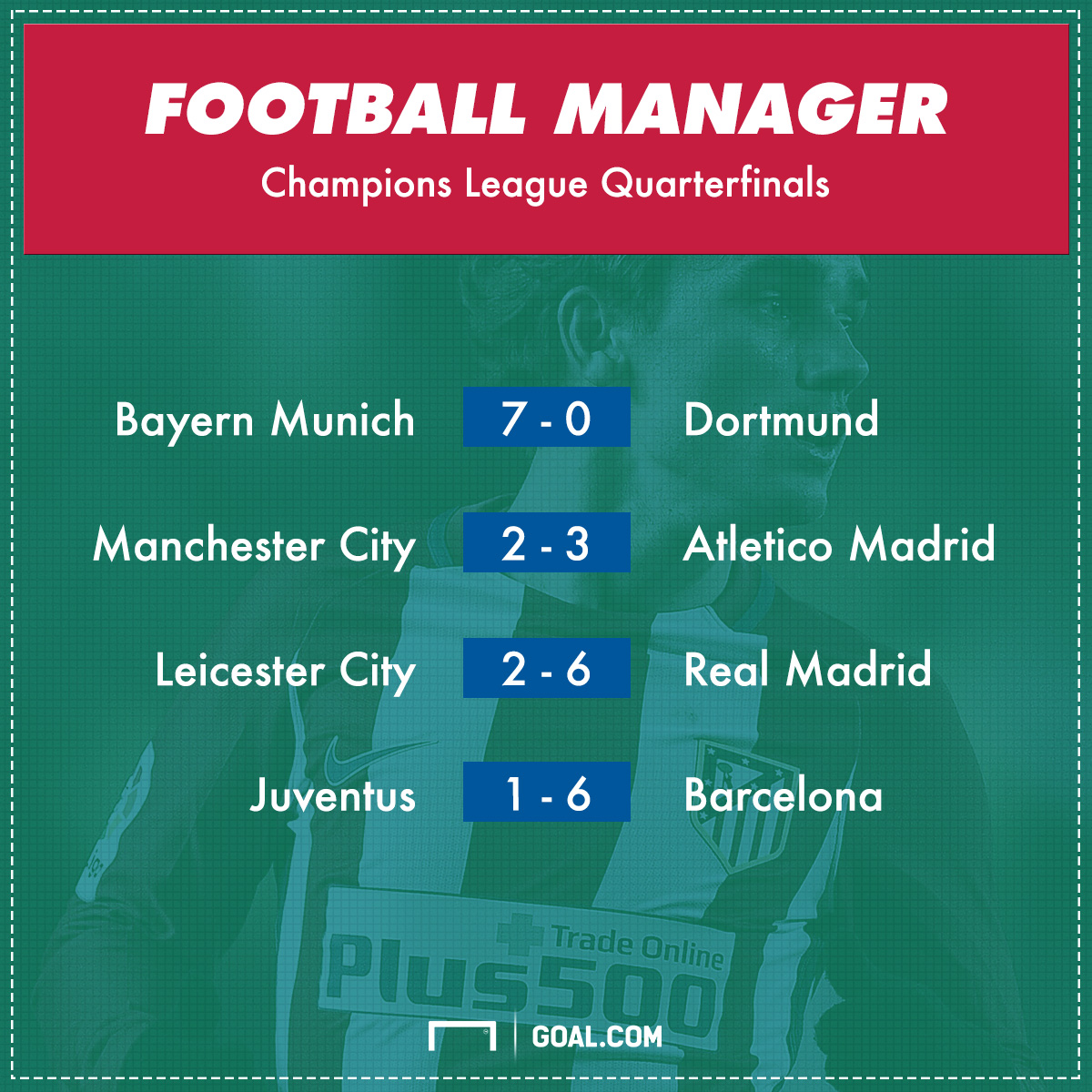 Both Manchester City and Leicester are eliminated in the last eight, ending any English interest in the tournament. An Antoine Griezmann goal in Madrid is enough to send Atletico Madrid through after the two sides had played out a 2-2 draw in Manchester. Leicester also recorded a 2-2 draw at home against Real Madrid in perhaps the tie of the round but were dismantled 4-0 at the Bernabeu with Islam Slimani seeing red for Ranieri’s men.

Elsewhere, Bayern asserted their dominance over fierce rivals Dortmund with a comprehensive 7-0 aggregate defeat. Thomas Müller bagged four goals over the course of the two legs. Meanwhile, Barcelona thrashed Juventus 6-1 over both legs. 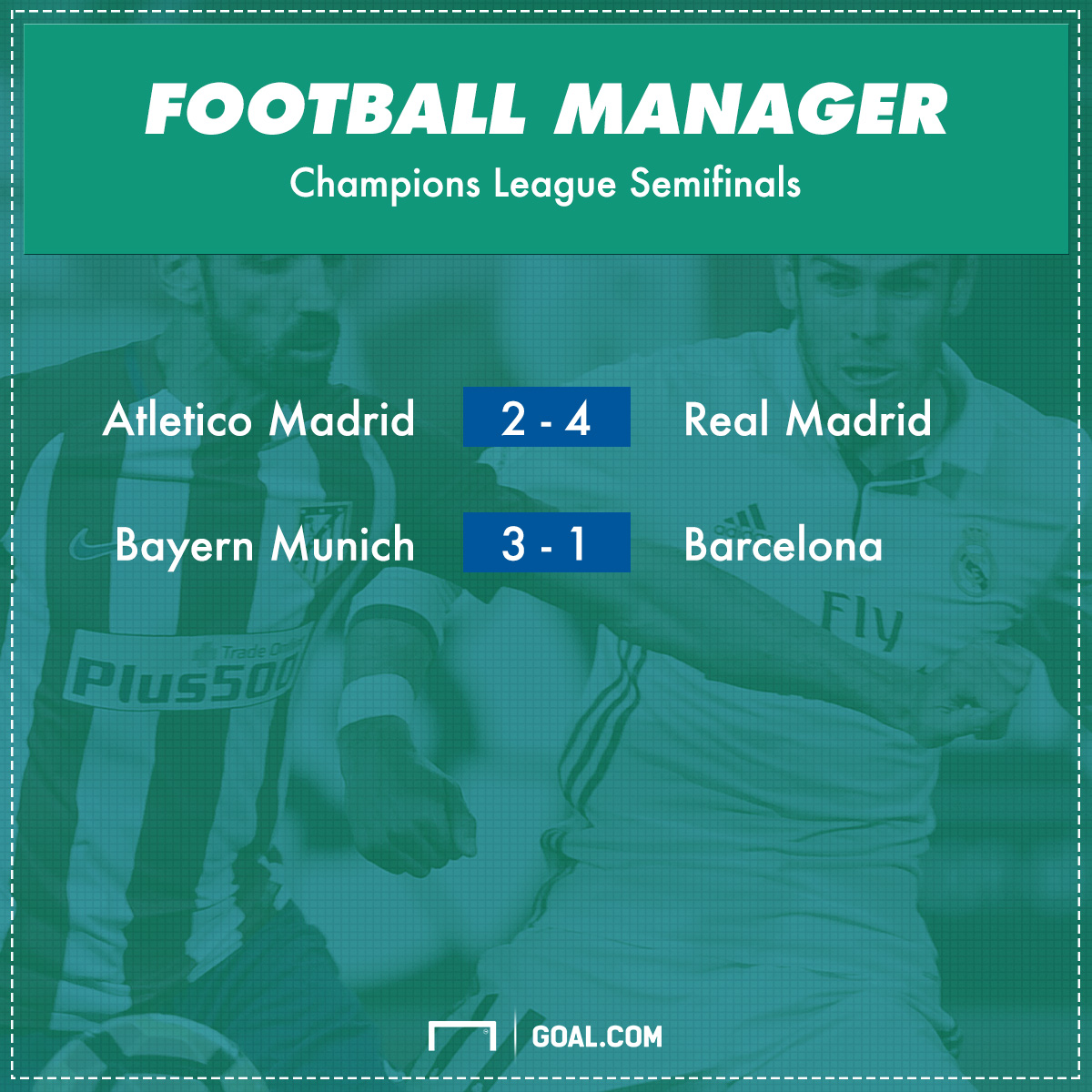 Spain was guaranteed at least one finalist with both Madrid sides paired off against each other. A fairly drab 1-1 draw at the Vicente Calderon was soon erased from the memory by a pulsating clash at the Bernabeu that saw Bale and Ronaldo at their very best, scoring a goal each either side of a Luka Modric strike to book their place in the final.

Carlo Ancelotti took on familiar foes Barcelona as he led his Bayern side into the semi-finals. They were able to restrict the Barcelona trio of Neymar, Suarez and Messi to just a single goal over the two legs with Manuel Neuer making numerous high quality saves. Lewandowski was the hero for Bayern, heading in twice in the first leg at the Allianz Arena to give Bayern the momentum that they duly held to join Real in Cardiff. 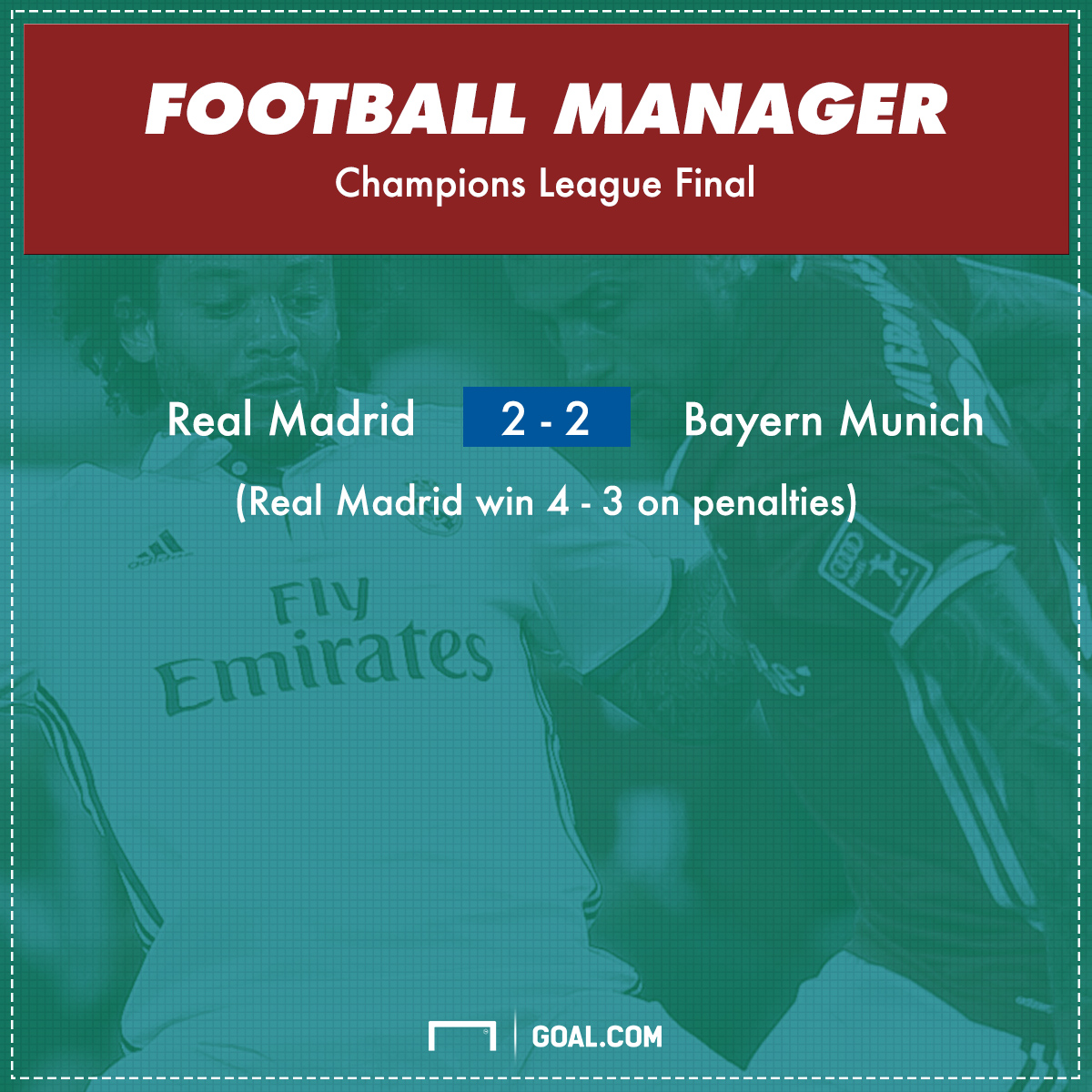 The eagerly anticipated final lives up to the billing, with four goals in the regulation 90 minutes. Bale puts Madrid ahead after 33 minutes before two second-half goals from Arjen Robben and Lewandowski give Bayern the lead.

Alvaro Morata grabs a dramatic 85th-minute equaliser and a nervy extra-time period follows with neither side particularly troubling the scoreline. In the shootout, Joshua Kimmich misses early on for Bayern only for Sergio Ramos to follow suit by striking the crossbar. However, Renato Sanches then fires over to hand Real the trophy.