Could Messi & Argentina really miss out on the 2018 World Cup?

It is a sobering thought. Argentina have not missed a single World Cup tournament since 1974 and their record of four final appearances and two wins in the 42 years that have followed places the country firmly within football’s elite.

A runners-up finish at Brazil 2014 and consecutive seconds at the last two Copas America further demonstrate that the Albiceleste have the talent to challenge for trophies, even if finals often prove a bridge too far. But more than halfway through the qualifying process for the next World Cup Edgardo Bauza’s men languish outside the five spots given to South American nations and the outlook could be even worse if they fail to negotiate daunting tests against Brazil and Colombia.

At the present time, watching the Argentina national team holds all the morbid fascination of witnessing a car crash. While nobody doubts the immense talent in their ranks, results have not followed, meaning that the nation are flirting with the potential disaster that failing to qualify for the World Cup would mean. The side have become overly dependent on the talents of one Lionel Messi and, when the Barcelona star is unable to take the field, Argentina suffer immensely. 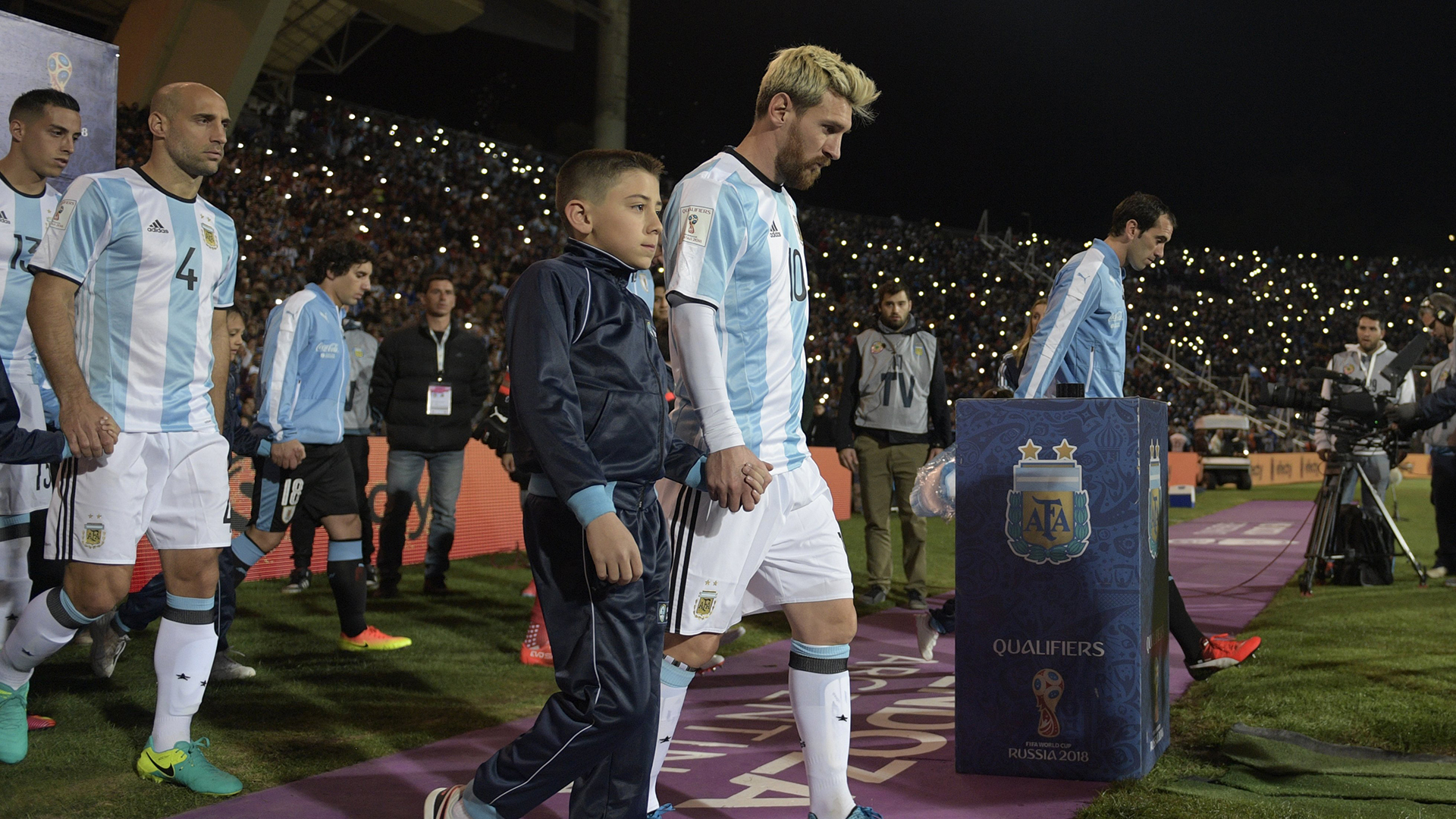 After scoring the only goal in a tense 1-0 win over Uruguay back in September, Messi suffered a series of injuries that kept him out for three qualifiers. Even so, however, a team of Argentina’s calibre should have taken at least seven points from the likes of Venezuela, Peru and Paraguay. But after two draws and a loss, a previously comfortable position looking ahead to Russia 2018 was eroded, leading to widespread nerves and mutual recriminations in the camp.

Just to make things worse after an abject home defeat by Paraguay, the side were stripped of their play-off spot in the CONMEBOL standings due to a sanction against Bolivia that favoured bitter rivals Chile, pushing the troubled team further into the mire a point below the Copa America holders.

Having dropped points in those comparatively straightforward clashes, Bauza now needs a positive reaction from his charges going into a double-header that could prove decisive. On Thursday they visit the group leaders, unbeaten Brazil, in Belo Horizonte, while five days later the ever-dangerous Colombia loom back in Buenos Aires. The good news is that Messi is back and in fine form; but will he be enough to lift his under-performing team-mates and put the qualifying campaign back on track?

There is no doubt that taking a point against the Selecao is absolutely imperative and Bauza has picked his team accordingly. The coach made the hard decision to drop Sergio Aguero, the villain of the piece against Paraguay after his missed penalty, and drop Angel Di Maria back into midfield to form a cagey 4-4-2 formation that will look to punch holes on the counter. On Thursday Argentina will play compact, limited-risk football, and wait for full-backs Dani Alves and Marcelo to vacate their own half before pushing men forward.

Similarly, Messi will be called upon to operate in a free role, dropping back to aid the midfield in creating play and feeding lone centre forward Gonzalo Higuain through the middle. At the other end, Neymar has been identified as Brazil’s danger man – rightly so – and the plan will be to crowd out the Barcelona forward before he has the space in which to cause damage. 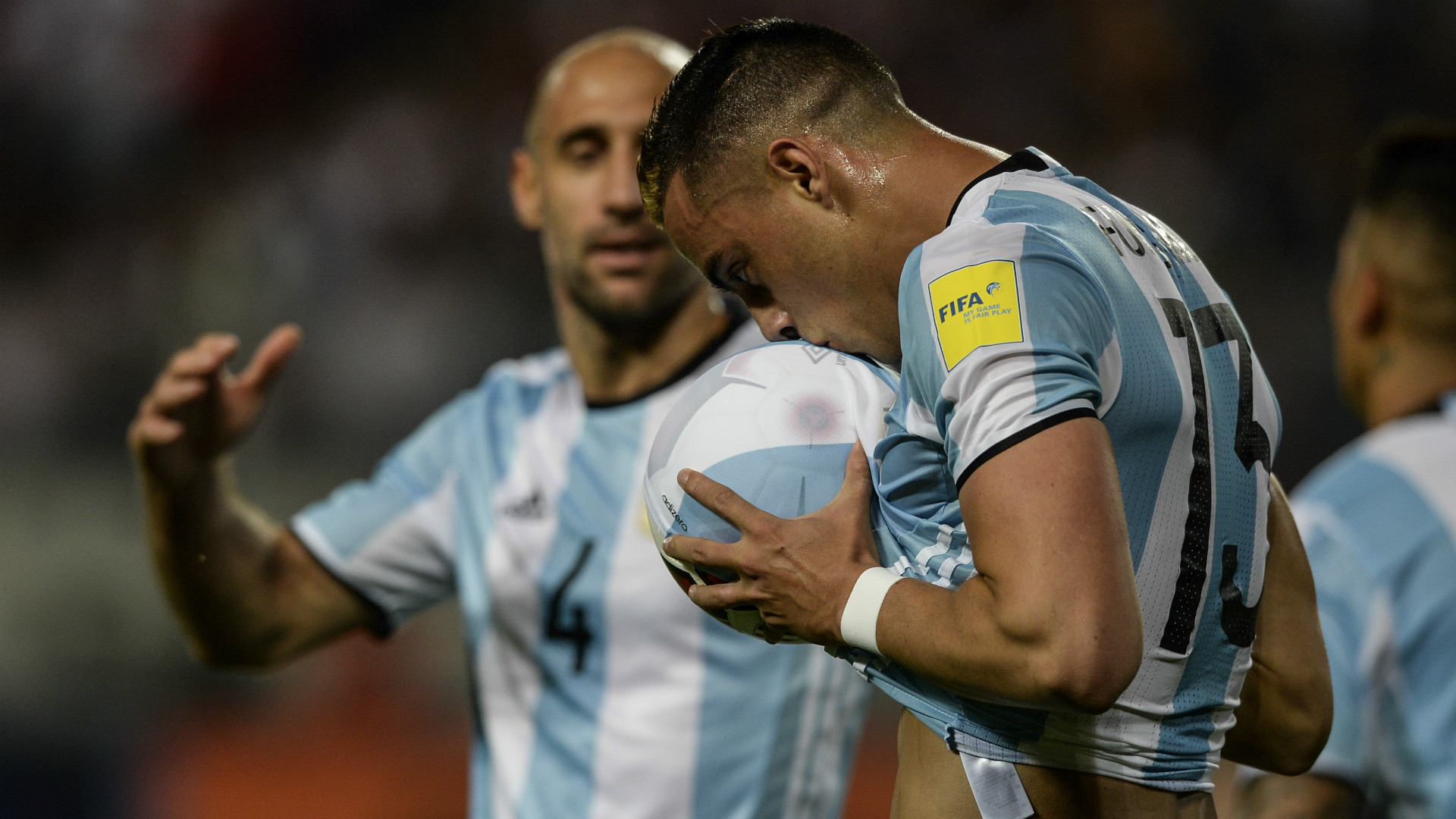 “Both [Neymar] and Messi are two great players. Neymar does not have a fixed position with Tite so we will not have a man on him all the time,” Bauza explained in Wednesday’s press conference.

“What we will do is try to pressure him as soon as he gets the ball because he is a very dangerous player. I think [Brazil] will do the same to Messi; they are two players who cannot be left alone.”

While, last November, Brazil were still straining under the restrictive shackles of Dunga as they ground out a 1-1 draw with a Messi-less Argentina in Buenos Aires, this time round they are a very different prospect. Coach Tite has revitalised the squad, bringing back the wizardry and flowing play so closely associated with the five-time World Cup winners.

They can score goals from across the pitch, be it from Neymar, Palmeiras’s Manchester City-bound phenomenon Gabriel Jesus, midfield lynchpin Philippe Coutinho or even from set-pieces, where the Argentines traditionally struggle. In short, perfect execution will be needed from the visitors to avoid defeat on Thursday.

A negative result coupled with a win for either Colombia or Chile in their game would see automatic qualification begin to float out of reach for Argentina with seven games to play. A failure to win either of the matches, meanwhile, would mean going into the long international break potentially as much as four points away from the safety of fifth and the play-off against Oceania’s top team. And in a qualifying campaign notable for the quality and fight shown by almost all of the 10 participants, no result could then be taken for granted to make a late run for Russia.

Whether it is Bauza’s fault that Argentina are in their current predicament or whether responsibility lies with Messi’s aching joints or the chaos that continues to rock the Argentine Football Association (AFA) is now besides the point. The captain is back in business and needs to be at his best; if not, the nightmare scenario of watching the World Cup on television could become all too real for the struggling South American giants.